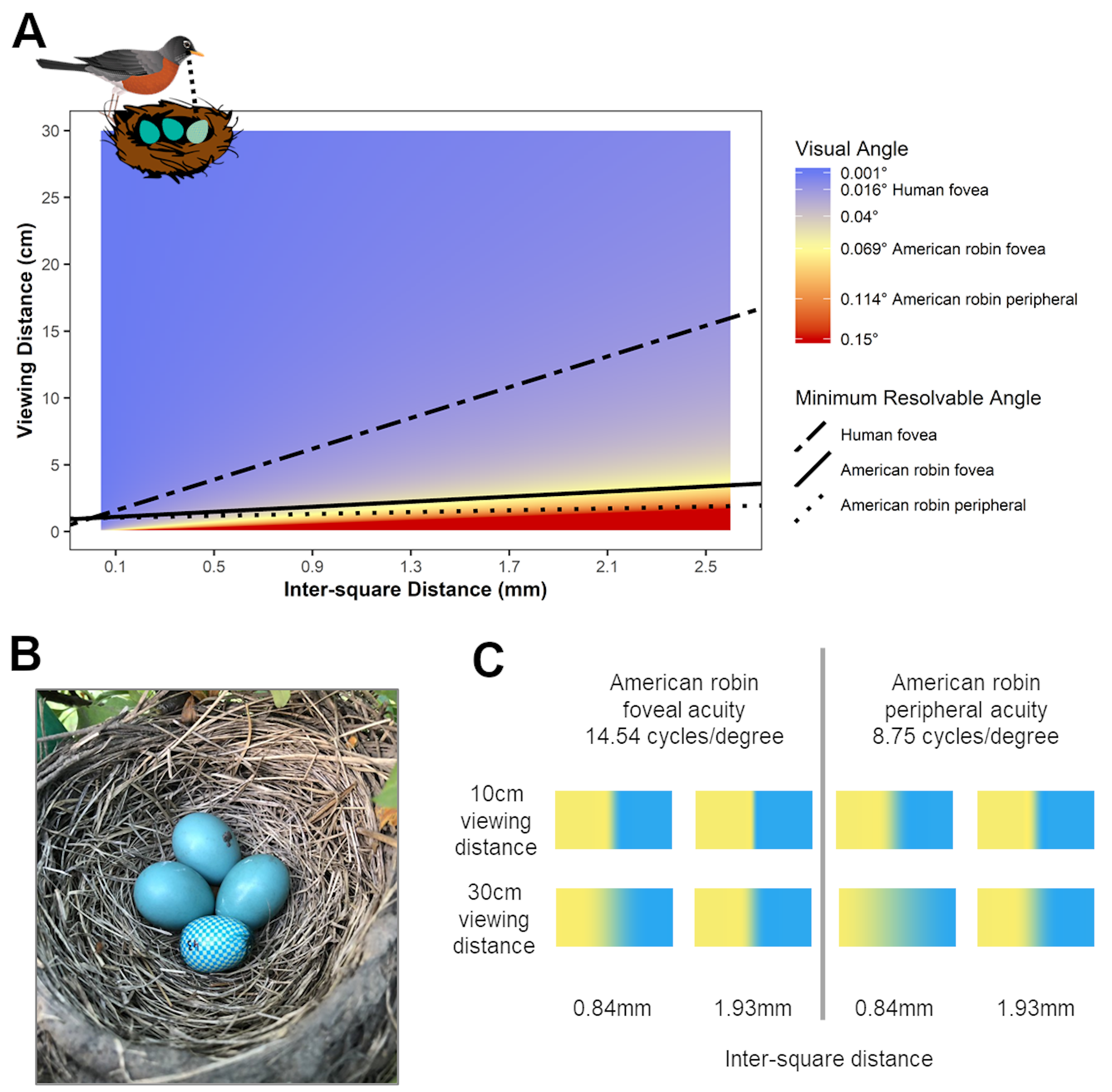 Posterior modes of egg rejection rates by A hosts and nonhosts of B cuckoo and C cowbird brood parasites as predicted by diet types.

Color and spatial vision are critical for recognition and discrimination tasks affecting fitness, including finding food and mates and recognizing offspring. For example, as a counter defense to avoid the cost of raising the unrelated offspring of obligate interspecific avian brood parasites, many host species routinely view, recognize, and remove the foreign egg(s) from their nests. Recent research has shown that host species visually attend to both chromatic and spatial pattern features of eggs; yet how hosts simultaneously integrate these features together when recognizing eggs remains an open question. Here, we tested egg rejection responses of American robins (Turdus migratorius) using a range of 3D-printed model eggs covered with blue and yellow checkered patterns differing in relative square sizes. We predicted that robins would reject a model egg if they could visually resolve the blue and yellow squares as separate features or accept it if the squares blended together and appeared similar in color to the natural blue-green color of robin eggs as perceived by the avian visual system. As predicted, the probability of robins rejecting a model egg increased with greater sizes of its blue and yellow squares. Our results suggest that chromatic visual acuity and viewing distance have the potential to limit the ability of a bird to recognize a foreign egg in its nest, thus providing a limitation to host egg recognition that obligate interspecific avian brood parasites may exploit.