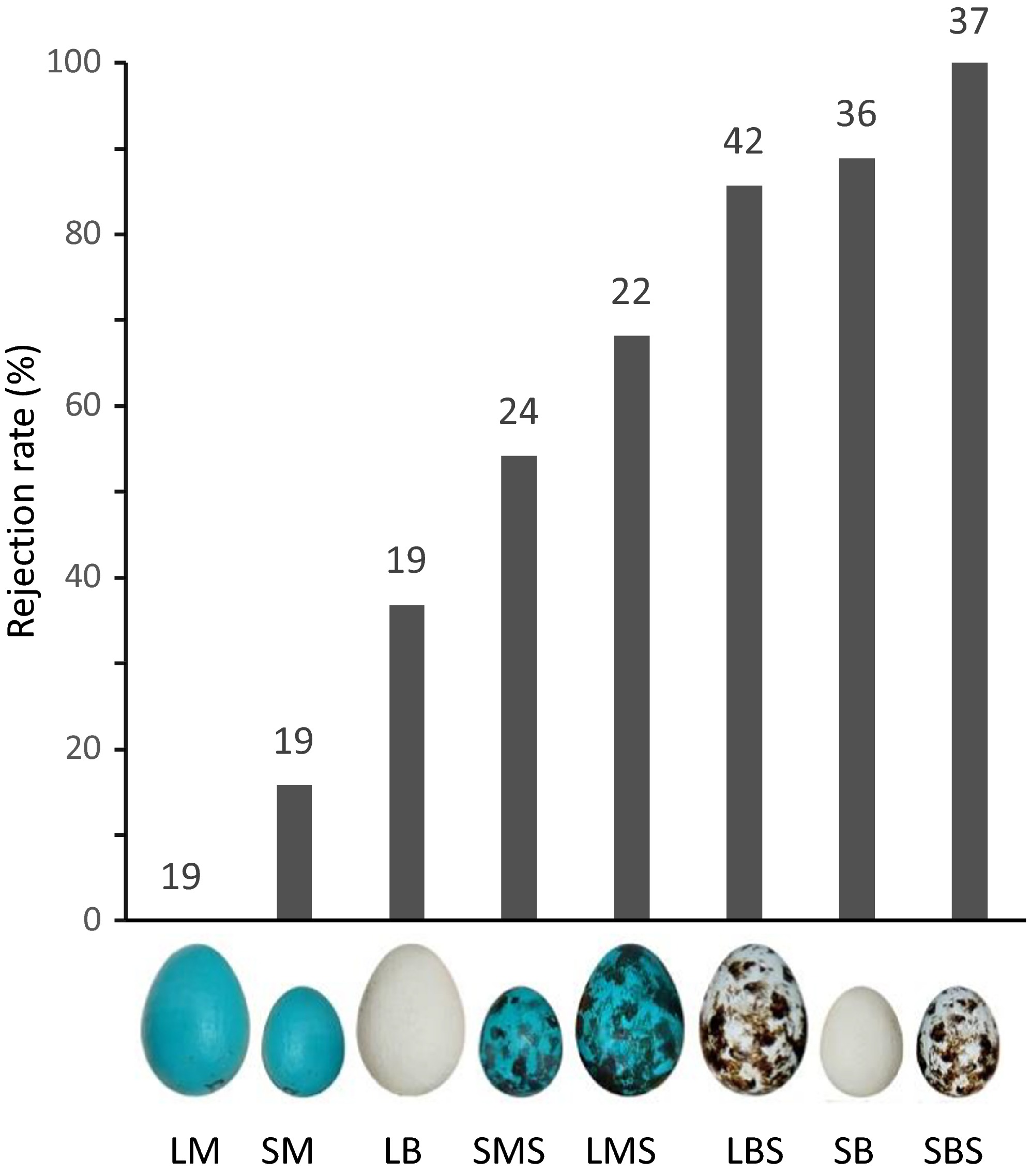 Rothstein (Behavioral Ecology and Sociobiology, 11, 1982, 229) was one of the first comprehensive studies to examine how different egg features influence egg rejection behaviors of avian brood parasite–hosts. The methods and conclusions of Rothstein (1982) laid the foundation for subsequent experimental brood parasitism studies over the past thirty years, but its results have never been evaluated with replication. Here, we partially replicated Rothstein’s (1982) experiments using parallel artificial model egg treatments to simulate cowbird (Molothrus ater) parasitism in American robin (Turdus migratorius) nests. We compared our data with those of Rothstein (1982) and confirmed most of its original findings: (1) robins reject model eggs that differ from the appearance of a natural robin egg toward that of a natural cowbird egg in background color, size, and maculation; (2) rejection responses were best predicted by model egg background color; and (3) model eggs differing by two or more features from natural robin eggs were more likely to be rejected than model eggs differing by one feature alone. In contrast with Rothstein’s (1982) conclusion that American robin egg recognition is not specifically tuned toward rejection of brown-headed cowbird eggs, we argue that our results and those of other recent studies of robin egg rejection suggest a discrimination bias toward rejection of cowbird eggs. Future work on egg recognition will benefit from utilizing a range of model eggs varying continuously in background color, maculation patterning, and size in combination with avian visual modeling, rather than using model eggs which vary only discretely.