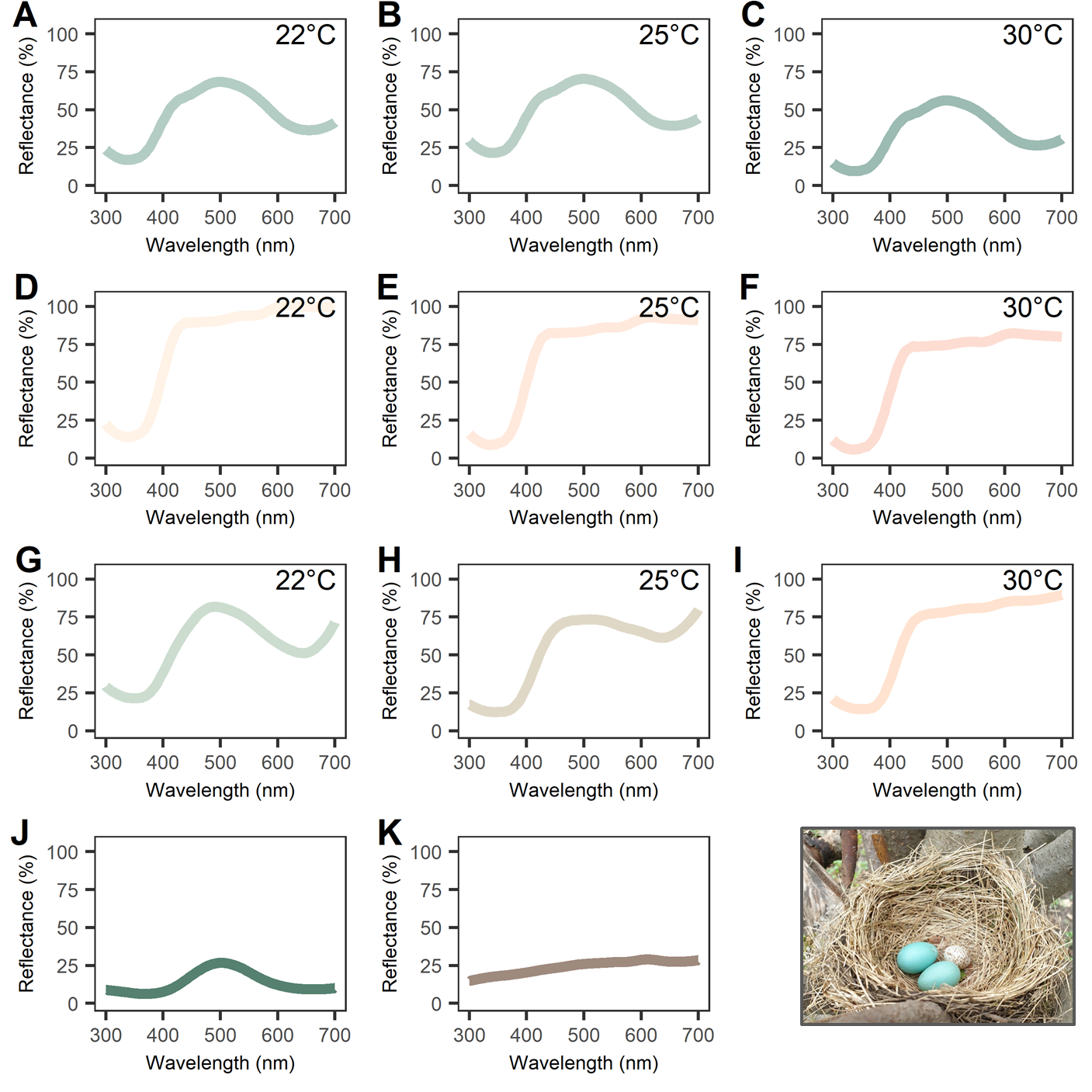 When are egg-rejection cues perceived? A test using thermochromic eggs in an avian brood parasite host

At the core of recognition systems research are questions regarding how and when fitness-relevant decisions made. Studying egg-rejection behavior by hosts to reduce the costs of avian brood parasitism has become a productive model to assess cognitive algorithms underlying fitness-relevant decisions. Most of these studies focus on how cues and contexts affect hosts’ behavioral responses to foreign eggs; however, the timing of when the cues are perceived for egg-rejection decisions is less understood. Here, we focused the responses of American robins Turdus migratorius to model eggs painted with a thermochromic paint. This technique modified an egg’s color with predictably varying temperatures across incubation: at the onset of incubation, the thermochromic model egg was cold and perceptually similar to a static blue model egg (mimicking the robin’s own blue–green egg color), but by the end of an incubation bout, it was warm and similar to a static beige egg (mimicking the ground color of the egg of the robin’s brood parasite, the brown-headed cowbird Molothrus ater). Thermochromic eggs were rejected at statistically intermediate rates between those of the static blue (mostly accepted) and static beige (mostly rejected) model eggs. This implies that at the population level, egg-rejection relevant cues are not perceived solely when arriving to or solely when departing from the nest. We also found that robins rejected their own eggs more often when exposed to color-changing model eggs relative to static eggs, suggesting that recognizing variable foreign eggs entails costly rejection errors for this host species.